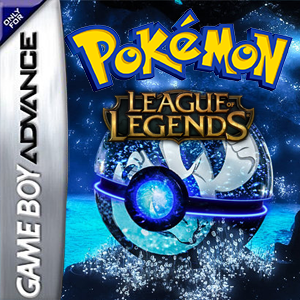 Travel through Valoran as a young Summoner where you will discover the rich history of the region and interact with a diverse range of characters. Create your team of Champions to defeat the Gym Leaders of the region and help fight off the evil Noxians along the way. Then challenge the elite Summoners at the World Championships and gain the prestigious title of the Champion. But little do you know, a more sinister evil is at work to try to rule over Valoran...

Bugs:
- If a Sion/Karthus auto attacks a target with a thornmail as part of their ability the game will soft lock I think.
- The Summoners names and texts in the battle frontier places haven't be decapitalised and sometimes their sprite won't match the trainer class.
- The big dolls still show the old images in the shopping screen, they're the new ones when you see them in your secret base.
- The location of caves on the Pokedex is wrong, if a Champion is said to be found in the middle of nowhere then it's wrong. Likewise Void Champions are not found in the Shadow Isles like the Pokedex says.
- Ignore the Noxian crest before the Taric battle, it shouldn't be there. He isn't a Noxian. 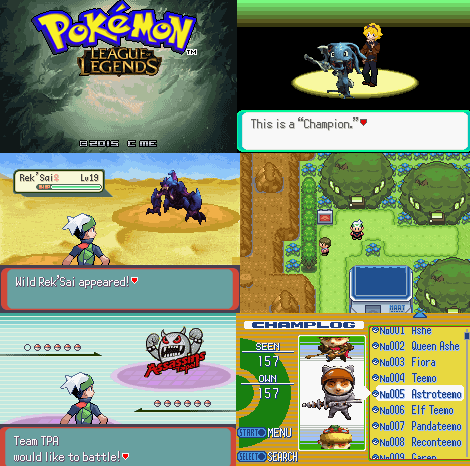