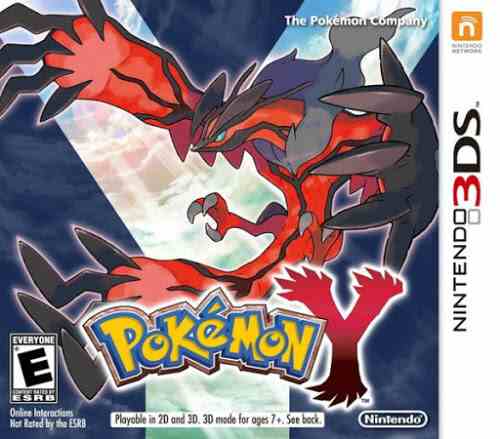 Pokémon Y (Japanese: ポケットモンスターY Pocket Monsters Y) and Pokémon X (Japanese: ポケットモンスターX Pocket Monsters X) are coming to the Nintendo 3DS worldwide on October 12, 2013. This marks the sixth generation of Pokémon games. Pokémon X and Pokémon Y will present a new generation of Pokémon, and introduce players to an exciting new adventure in a breathtaking 3D world. Stay tuned for more exciting updates about Pokémon X and Pokémon Y! The two games will be released worldwide, making them the first Nintendo-published retail games to have such a global simultaneous release in all key regions, including South Korea, Hong Kong, and Taiwan, and the first Pokémon games to be available in and outside Japan during the same period of time. All copies of the game will be playable in all seven of the languages the Pokémon games are released in: Japanese, English, German, Spanish, French, Italian, and Korean.

You’ll be able to play as a boy or a girl, and you can choose how your hero looks overall! Find a look that suits you, and then set off on your travels! Your adventure takes place in the expansive Kalos region, where you’ll explore cities, meet people, and encounter many Pokémon! Don’t miss Lumiose City, the central hub of the region, where you’ll return many times on your journey.

“The worldwide launch of Pokémon X and Pokémon Y this October allows players to begin their adventures at the same time,” said Tsunekazu Ishihara, CEO of The Pokémon Company. “Now, Pokémon fans across the globe can discover the secrets of Pokémon games and can collect, battle, and trade with each other immediately.”

For the first time in the series, the entire game, including environments, character models, and battle sequences, are presented in fully polygonal 3D graphics. X and Y are also the first games in the main series to allow movement in all directions, including diagonally; the ability to interact with pieces of the environment such as benches was also noted by Official Nintendo Magazine. An additional mode, Pokémon-Amie, allows players to interact with their Pokémon using the touchscreen and the 3DS’ inner camera.

Pokémon X and Pokémon Y were first shown on January 8, 2013 by Nintendo in a Nintendo Direct 2013 presentation, along with the first gameplay footage. They will be the first games in the main series for the Nintendo 3DS and the first to be presented with full 3D graphics. Nintendo has announced plans for a worldwide release (the first in the series to release everywhere at the same time) in October 12, 2013.