Previously the Pokémon Island is an island that pokemon. There were very few people, most researchers as the outstanding teacher who studied Oak pokemon on the island. However, three years ago has been proved the existence of Pokémon Mew Island.

Because it was a very rare pokemon, it attracted a crowd of many trainers who sought Mew.

Many of them were very skilled and famous, others came to the island to see the island soon became a great point for pokemon battles that led to the creation of many tournaments andwhich has also brought many viewers.

Many things have happened over the past three years. The Coliseum and the trainers were classified according to their victories. Who has won numerous tournaments and had a high rank earn different types of exclusive treatment as better pokemon objects, places, services, etc ...

Many new pokemon were discovered on the island, others were released by other trainers, and some have even gone to the shops. Most were discovered by explorers who live in places never visited before. Some places are created to increase the diversity of pokemon who grew more and more. 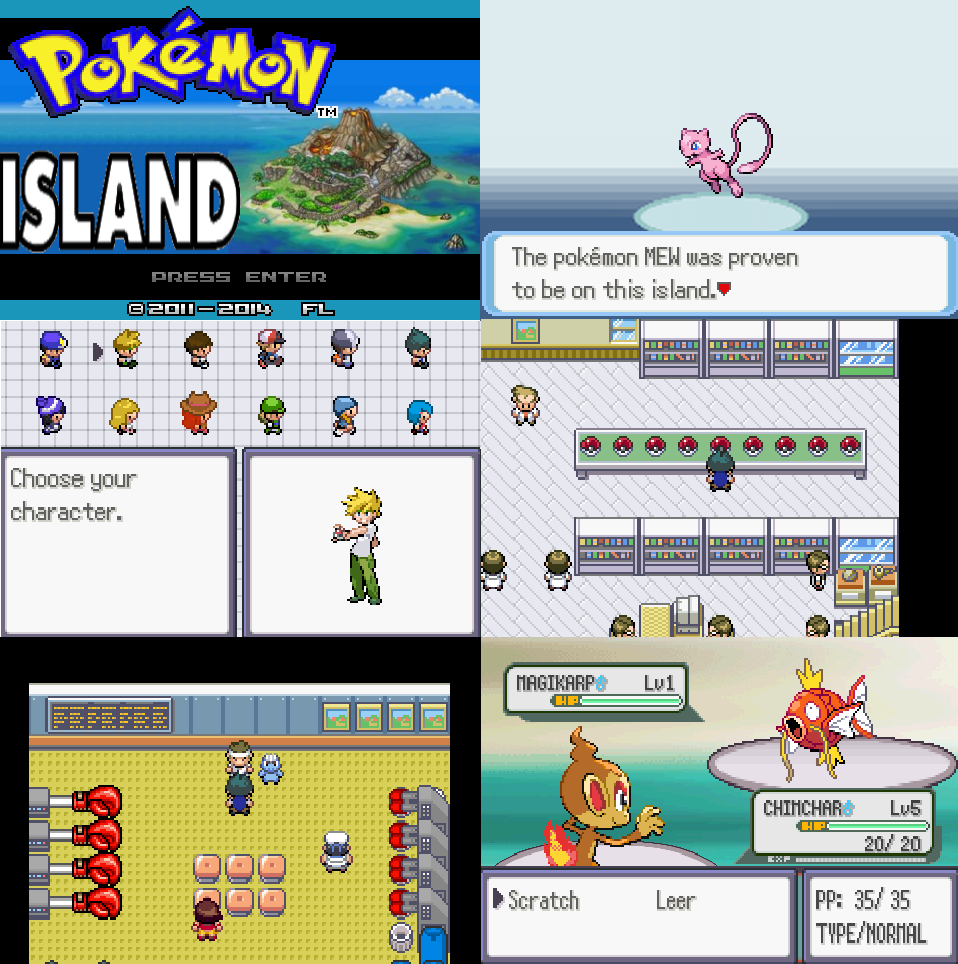