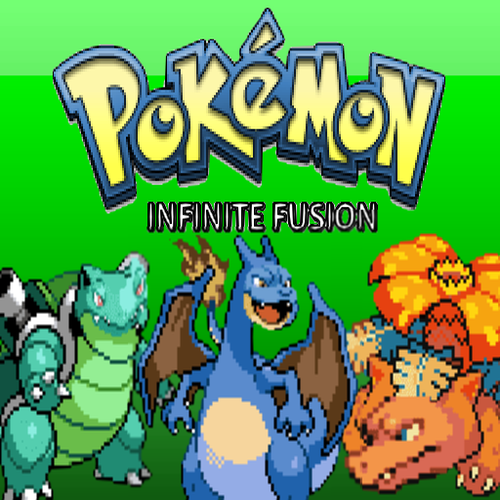 Pokemon Infinite Fusion is a game based on the pokemon.alexonsager.net Pokemon fusion generator ,The game takes place in the Kanto region. Two years prior to the events of the game, Team Rocket introduced a virus in the wild that caused wild Pokemon to mutate and fuse with each other. Ever since, fused Pokémon can be found anywhere in the region and they have become very popular with local trainers.

The game follows the plot or R/B fairly closely, but you can find fused Pokemon in the wild or even fuse any two Pokemon with each other at any time using DNA Splicers,

There is a total of 22 801 Pokémon in the game, each of them with unique characteristics.

Two years ago, Team Rocket has introduced Pokefusions into the wild. Ever since, Pokemon Fusion have become widely used by trainers and the economy of Kanto has been blooming. However, Team Rocket appears to also be wanting to use Pokemon Fusion technology for far darker motives...

Expect your general Pokemon experience of having a rival, gathering gym badges, challenging the elite four, etc. The usual restrictions on progression (you must have this gym badge to continue, etc.) will apply to keep a sense of progression and keep the player to go in areas with overleveled Pokemon and trainers.

The basic plot has been mapped out but I'm always open to suggestions.

I also so want to expend the Mewtwo/Cinnabar arc so it'd be nice to hear ideas on that as well. 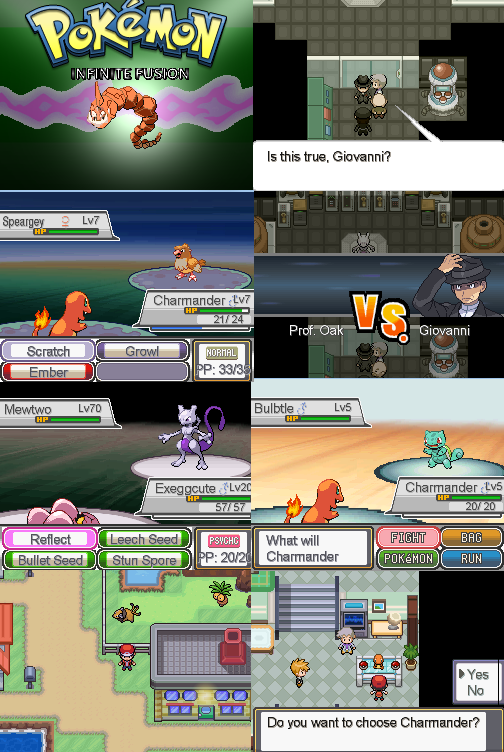